Things to do in Tozeur

Tozeur is a Tunisian city on the borders of the Atlas and the Sahara Desert, the largest of the five oases of the Jerid. Gradually built around its palm grove, it is the capital of the governorate of the same name.

Located northwest of Chott el-Jérid, near the Algerian border, renowned for its immense palm grove, its succulent dates and the beauty of the architecture of its houses and mosques in sun-baked bricks, it is one of the jewels of southern Tunisia.

Tozeur is located 450 kilometers south-west of Tunis. City with an important religious past, it welcomes many scholars. Ibn Chabbat bequeathed him the irrigation system of the palm groves, and the poet Abou el Kacem Chebbi composed his famous Ela Toghat Al Alaam there, in the middle of the French protectorate. The contemporary topography of Tozeur pays homage to them, as well as to the marabouts.

Things to do in Tozeur

Visitors to Tozeur are unlikely to be bored. Moreover its visit requires a minimum of 2 days during which you will not stop marveling.

One of the most breath-taking places in Tunisia is Tozeur.

One of things to in Tozeur is the visit of its old medina full of unique brick-pattern architecture and arambling palm grove that slices a sea of green through the desert sand. Also called the district of old Ouled el Hadef, the old Medina of Tozeur is one of the best preserved in Tunisia. It has a magnificent stone wall that surrounds it. We notice at the entrance the traditional stone of the region: the briquette. All the walls and most of the administrative buildings are made from this material built in the southwest of the city. You can also visit the factory.

As soon as you enter the city, you will be enchanted by the charm of the beautifully well preserved small vaulted streets. A visit is essential to fully understand the city. This, very pleasant visit, will allow you to walk the alleys of the fortified Medina without having to consult a map.

The Chott Djerid salt lake is the largest Tunisian salt plain or sebkha with an area of ​​approximately 5,000 km2. It is the largest salt lake in northern Africa, and this salt lake is famous above all for the mirage phenomenon! According to the legend, entire armies disappeared there forever!

Almost a hundred kilometers from east to west, the Chott el-Jerid extends to its eastern point by the Chott el-Fejaj. Deployed on an east-west axis between Nefta in the west and El Hamma in the east, the unit practically covers the width of southern Tunisia.

The salt lake Chott Djerid is located in a syncline hollow, at the limit between the Tunisian mountain ranges and the Saharan platform. Its current altitude is 15 to 20 meters above sea level. 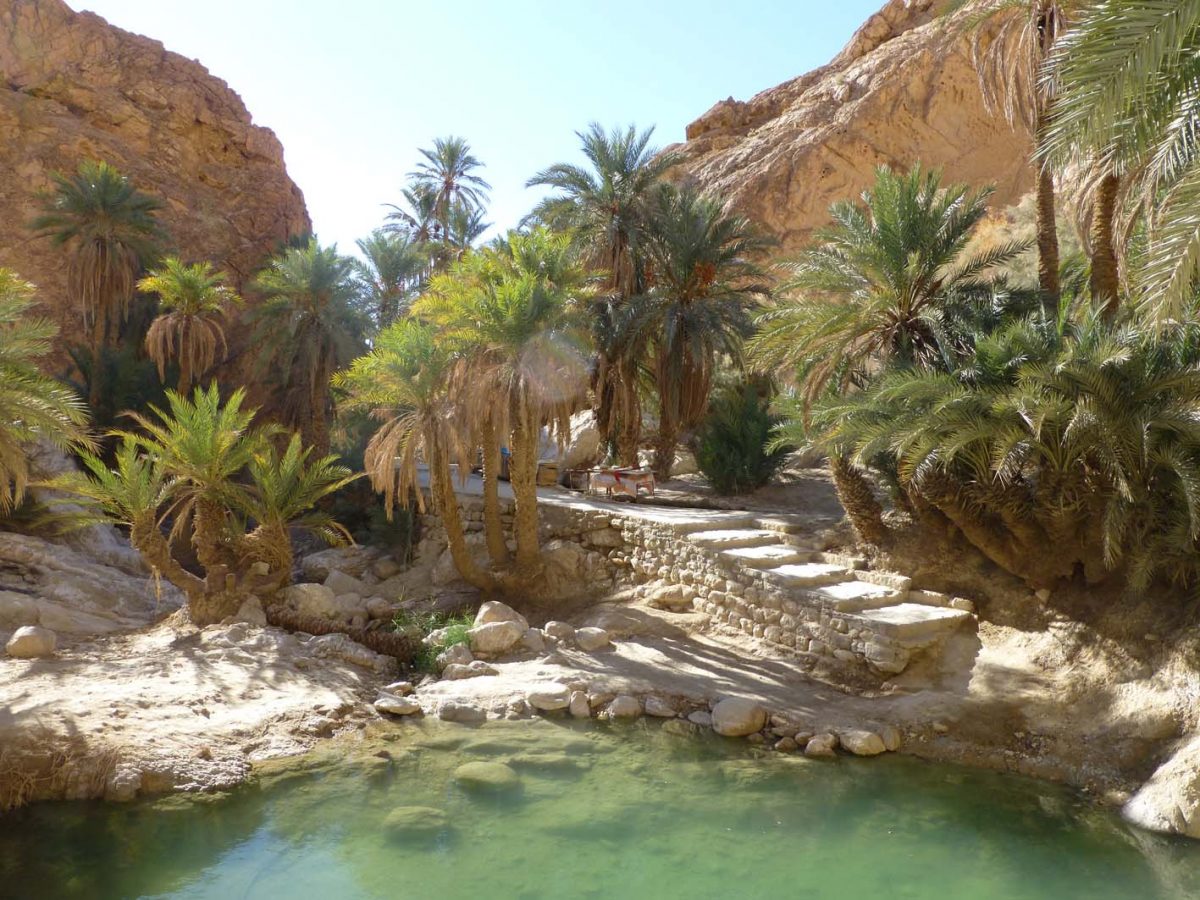 One of the most important things to do in Tozeur remains visiting its wonderful mountain oases.
When we speak of a mountain oasis, we speak of the Saharan Atlas, of this unique landscape where the aridity of the desert embraces the greenery of the palm groves and the water sources that spring from the side of the mountain!
The most famous mountain oases remain 3:

An hour’s drive north-west of Tozeur, after crossing the chott (salt lake) el-Gharsa, the mountain oasis of Chebika clings to the side of desolate rocks. Made of stone and earth, the houses have been abandoned for more modern concrete block constructions below.

An essential element in the establishment of any Tunisian village, water, present in the form of sources, allows a palm grove to thrive at the foot of the old houses of Chebika. At sunset, the contrast is striking between the green tops of palm trees and the surrounding ocher summits. Hiking enthusiasts can continue their exploration to the Tamerza oasis.

Today the ruins, also called “the sleepy village of Tamerza” are visited by travelers in search of memories of a forgotten Berber land. Only the marabout is still used today. On certain evenings, the Tamerza Palace & Spa, a charming hotel integrated into the mountain just in front and over which the village has watched since 1992, organizes mystical evenings with 5,000 candles.

Just in front of the ruins passes the El Horchane wadi, a kind of wide boulevard of planed and bare earth which quickly fills with water during rains, but heavy rains in the region. To see, there are also waterfalls coming out of the mountain and hiking trails with panoramas that make the joy of walkers. It is in this region of mountain oases that some scenes from the film The English Patient are filmed.

Tamerza is popular with visitors looking for nature, a change of scenery, authenticity, relaxation and a mystical silence only interrupted by birdsong. Ideal for a long weekend or a week.

Midès is one of the most beautiful mountain oases in Tunisia, with a magnificent gorge that stretches for 3 km. The throat is distinct with its round shapes and strong color contrasts. In these gorges with desert landscapes, one can observe fossils and colorful minerals, millions of years old.

Midès is also the Tunisian “Far West”. For the canyons of course, but also for the proximity of the Algerian border. The canyons once surrounded the village on all sides, like an ocean liner stranded on a spur. A real natural fortress.

The site of Mos Espa Star Wars is considered as the spaceport of the planet Tatooine in the science fiction saga of “Star Wars” directed by George Lucas.

The Mos Espa site was built in Ong Jmel, near Nefta, in southwestern Tunisia, in the early 1990s, to serve as the main set for the filming of what would become one of the most famous blockbuster sagas. of the American film industry.

Hollywood does not make her choices at random, and when confident in her product she never skimp on resources and ideas.

Ong Jmal is a magnificent site which owes its name (the camel’s neck) to the shape of the rock which sits majestically there.
It also includes the Chott el Gharsa, a saline depression that generates mirages … and Mos Espa, the hometown of AnakinSkywalker (the future Darth Vader). Indeed, it was in Ong Jmel that the first “Star Wars” was filmed.

Star wars characters were present at ITB Asia 2017 in Singapore, to enhance the site and attract Asian tourists fond of sagas.

Ong Jmal is located 20 km from Nefta, and also about 20 km from the Algerian border.

To discover more about trips, tours and things to do in Tozeur do not hesitate to click HERE 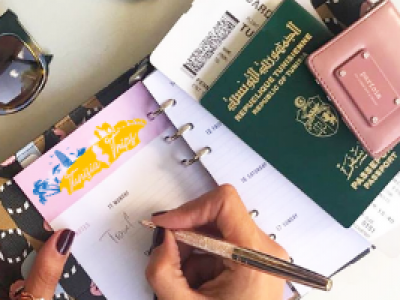 As everything starts with an idea or a dream, Tunisia Trips is the dream of its creator! The idea is to put you in direct contact with local agencies in Tunisia, with tourism professionals who will show you the true face of the country and not the big TOs who dominate the market. Enjoy unforgettable experiences and dive deeper into local life while taking advantage of rates without intermediaries!